Written in black sharpie on the back inside cover of my 8th grade yearbook is this:

I have tears in my ears

from lying on my back in my bed

while I cry over you.

Now if those words are not poetry I do not know what is. And ohhh, I loved the boy who wrote them. And he loved me too . . . off and on for ten days at a time every few months over the course of four or five years. AND one holiday season he even walked through the snow to deliver a puka shell necklace (the dream of every 8th grade girl) to my house on Christmas Day, except we were gone to my Uncle Charles’ house for dinner and missed him, but I saw his darling footprints in the drifts leading to the front steps and nearly swooned. If I’d had an iPhone in 1975 I would’ve documented the tracks and posted immediately. They were beautiful.

Hmm, but honestly, if he or a guy like him were to have slithered into one of my daughters’ lives I’d’ve chased him off with a stick.

Poetry was part of my young home life as early as anything I can remember. Nursery rhymes were recited, song verses (musical poetry) were sung around the after-dinner piano, and sudden lengthy stanzas were quoted from total recall at random moments as if it were as normal as flossing one’s teeth. I thought that’s just the way people did things. Little Me, however, eventually found out during expeditions to friends’ houses that there were other ways of life devoid of these poetry habits. Imagine!

My dad was an English professor and my teacher mom a pretty decent wordsmith in her own right and I was just perpetually racing to keep up. We were a wordy bunch.

Dad had his favorite poets. Some were naturally beyond my Little Self but he must’ve determined that a bit of exposure to a few of the more down-to-earth types would do me good. I’d dearly like to sit today and talk with him about who and why and hear his quoting of them in that voice I loved. He could speak in Middle and Olde English too, a skill that was probably hard won, but amused me to no end . . . little girls get the giggles.

I clearly remember evenings of being sat down in the same chair I now have in my office and told to, “Listen!” as he read to me “Magenta” by Thomas Hornsby Ferril, a Colorado poet. A child whose brain hasn’t yet managed to grasp the world of the abstract has a little trouble, let me tell you, with images of a talking dressmaker’s dummy found on a pile of mining machinery near a Rocky Mountain gold rush cemetery. Actually it really is quite a striking, wonderful poem if you’d like to, in the words of someone near and dear, “Google it up.” Dad and I always had a little thing . . . he’d spontaneously say, “Magenta” and I’d say back, “Thomas Hornsby Ferril.” It pleased him to no end. I guess he wanted to check that morsel of passed-on knowledge off his list to impart to me.

Also in that same chair I listened to every inch of Gulliver’s Travels. Plus more poetry. Quite a bit of Robert Frost and Emily Dickinson. At Christmas, Dylan Thomas. Oh and mustn’t forget multiple readings of “The Cremation of Sam McGee” by Robert Service. Now there’s an uplifting bit of literature. Ha.

My mother gave me the gift of softer children’s poetry from the likes of Robert Louis Stevenson, Christina Rossetti and Edward Lear. She would speak, “How do you like to go up in a swing, up in the air so blue?” And I was expected to finish with, “Oh, I do think it the pleasantest thing ever a child can do!”

Really it’s no wonder I never could manage math or chemistry.

Nor kickball at recess.

I could, however, win at a poem recitation throwdown boy howdy.

A lot of the poetry in my household flew right by me but tiny pieces landed softly in my soul like pebbles, embedding in my memories, and serving as tiny stepping stones to begin to climb mountains. I absorbed more than I realized. The more I listened, the firmer my grasp became. The abstract was within reach. I felt them. The words moved me. Handholds began to appear. I started to climb.

Those lovely mountains, the beautiful lilting words and songs of childhood, never fully materialized into a life’s vocation in either academia or writing, though there were bits here and there. Satisfying bits for a few years. My road diverged eventually though (thank you, Mr. Frost) into focusing on mothering and keeping the home fires burning. Certainly no regrets in that arena! And, to the best of my ability, I passed down to my children the love of a good turn of phrase, an admiration for writing done well, and the enjoyment of the smell of a book. Turns out, all four of the babies have abilities far beyond mine. And weirdly they can do math and chemistry.

Legacies are like that. Hard to predict. Generations are sewn together with some of the same single threads in common, intentional or not. Hopefully the good, fine threads in me outnumber the raggedy ones. I desire the same for my children. And at my age I recognize the intricate, colorful tapestry that’s being loomed before my eyes in generations who are coming after me. It’s lovely. I wish someone would write a poem about it.

When my beautiful father was not teaching in a classroom about words and their power to move and change the world, he was a college administrator behind a desk being held captive in his own office by sit-ins of the late 60’s. No detail needed. You might imagine. Tumultuous times. Perspectives are as varied as the number of people in the room.

And here we are 50 years later. Still.

Make Me a Garden

Help me design my garden of life
Full of iris, crocus, and lily
With daffodils that shine so bright
Like the sun of the greater deities.

Make me a path that curves around trees
Of stepping stone, wood chip, and moss
Varying in array of colors
Causing one’s mind to venture in thought.

Make me a garden so rich in hue
That the sun will fight not to set,
Where merely viewing its beauty
All differences one will forget.

Make me a garden like people of the world,
All different in culture and view,
Contributing to the person I am
Without your prejudicial few.

A garden of only one color, it seems
Would be dull and so very alone.
I want my garden of life to be filled
With every color known.

Oh, and one more thing.

After many trips in our car up and down Boulder Canyon, just me and my dad, I was deemed sufficiently instructed to be able to sing “Silent Night” in German on command. Which he would often require of me. And I loved every minute.

So here it is. “Stille Nacht.” In June. Live with it. A beautiful rendition, very unlike my kid’s acapella version in a car going up a twisty mountain. It just happens to be one of those single threads that sewed me together. And is still weaving a tapestry.

Here is my servant, whom I uphold,
my chosen one in whom I delight;
I will put my Spirit on him,
and he will bring justice to the nations.
He will not shout or cry out,
or raise his voice in the streets.
A bruised reed he will not break,
and a smoldering wick he will not snuff out.
In faithfulness he will bring forth justice;
he will not falter or be discouraged
till he establishes justice on earth.

12 thoughts on “One Thread” 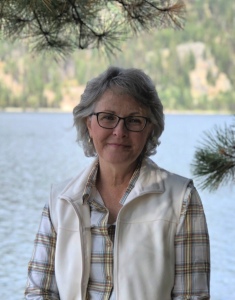